Andreas Rixer becomes the new CEO of Rixdata. After almost 30 years, the founder Anders Rixer leaves the position of CEO to his son Andreas Rixer and instead takes a role as vice chairman of ABC Rix AB and chairman of Rix KB.

Andreas Rixer has been marketing director at Rixdata in recent years.

"I can't think of a better suited person as the new CEO because Andreas has very good knowledge of both customers and products," says Anders Rixer. "It feels absolutely right to make this change right now because the business continues to grow, which places increased demands on the use of new technology and new ways of communicating with our customers and partners".

Andreas has followed in his father's footsteps since childhood. Even as a 7-year-old, he helped with installations and at computer courses.

Andreas Rixer is well known from various sports. He was, among other things, Sweden's first junior professional in ice hockey when he started playing in Färjestad's A-team as a 17-year-old. He has held course records on several golf courses in Sweden and abroad. Andreas Rixer has been both junior and men's champion at Karlstad Golf Club.

Mikael Olsson continues as IT manager

Kirsti Isoaho is responsible for finances and administration 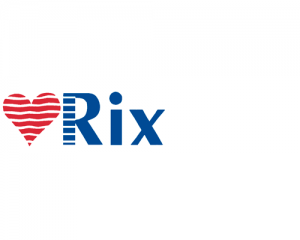 RixData delivers data and medical record software through customized solutions to healthcare providers across the country. In order to create comprehensive solutions for the customer, RixData has several collaboration partners and now three new collaborations have also started. Increases the range of training programs

RixData (ABC Rix AB) is expanding and now opening a new office in Karlstad. With its new office located in the same premises as Koneo and other computer companies, the physical proximity brings positive synergy effects for all, according to Andreas Rixer. Koneo already has...

RixData announces that an update to the journal systems WinEazy and WinEazy Guld is now available for download."As RixData is Sweden's first company in the industry with CE status, we naturally want to raise awareness about the fact that the updates are now available...

There are no related events to display.

There are no related jobs to display.